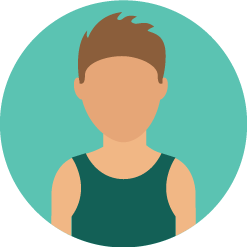 Welcome to my blog! My name is Geoff. I have always been a sporty kind of chap. I love to go long distance running and I also play football and rugby. One day after a long run, I had a terrible pain in my foot. I thought I had just been overdoing it a little bit, so I decided to rest up. A week later, it was no better. I was still in a lot of pain and had to drop out of a couple of football matches. My doctor sent me to see a podiatrist who examined my foot and explained I had damaged a ligament. The podiatrist helped me to get back to full health. I decided to start this blog to explain the importance of good foot care.

How to Keep Your Feet Healthy

There are several treatments available for warts, with cryotherapy being one of the most common. Simply put, these treatments use a special freezing agent to remove the wart from your skin, and you can either have the procedure performed at your doctor's office or buy an over-the-counter alternative and perform cryotherapy at home.

Both options can produce the desired results and leave you free from warts, but it's actually far more sensible to receive cryotherapy from a doctor.

Here are just four reasons why.

1. Liquid Nitrogen Can Be Used

When you visit a medical professional for your cryotherapy, a doctor or dermatologist will be able to use liquid nitrogen to freeze your wart. Liquid nitrogen is able to freeze a wart to around -190 degrees Celsius. However, people who have not been trained should not use liquid nitrogen to remove warts since the risks of damage are too great; as such, most over-the-counter treatments use a mixture of dimethyl ether and propane. This won't achieve a temperature nearly as low as liquid nitrogen, reducing the effectiveness of treatment.

2. The Likelihood of Success Increases

Cryotherapy isn't exactly brain surgery, and it's certainly possible for completely inexperienced people to use an over-the-counter product to remove a wart. However, there are several factors to take into account while the treatment is being applied, such as the diameter and depth of skin that needs to be frozen. A medical professional will be able to expertly gauge these factors, but you will not. Success is possible with either option, but a doctor is far more likely to complete the procedure correctly.

3. The Risk of Damage Is Reduced

Though over-the-counter cryotherapy products don't achieve the same low temperature as liquid nitrogen, they can still cause damage if used incorrectly. There is a small chance that an infection may develop if the procedure is carried out improperly, and directions need to be closely followed in order to avoid any scarring of the surrounding area. If a wart is particularly thick, repeated attempts to freeze it off can even damage the surrounding nerves.

4. You'll Benefit from an Expert Eye

Though this is rare, it is possible for warts to become cancerous, especially in patients with weakened immune systems. Additionally, it is possible to misdiagnose a wart; what you think is a wart might actually be a mole, molluscum contagiosum, a corn or even a callus. Cyrotherapy shouldn't be used to treat such conditions, so you should trust your doctor to make a more reliable diagnosis than you could come to alone.